Beginnings and Endings and Everything In Between

It’s been a crazy month.  While I’ve been gearing up for the June 1 release of Every Word, which I’m very excited about sharing with people, I’ve also been in the process of writing the third (and to my understanding, final) book in the Every series, Every Move.  My editor has already given me a month’s extension, when the copyediting process for Every Word ran over a little, so I’ve been busting my buns trying to get the book finished.  I know, I know, my editor would probably be okay to give me another few days, or even another week, but I like to be vaguely professional and get my manuscripts in on time.

I’ve been so busy with the writing of this book, that it didn’t occur to me until I reached this point, the nearly-end-point, that I’m about to write the ending of the series.  About to write – yes, that’s correct.  I haven’t written the final two chapters yet.  I have to admit I’ve been kind of stuck on it (don’t worry, Eva, I’m definitely going to get it finished!).  I know basically how it will end, and some of the outcomes, but I have to work out the choreography of it – how the action will all play out.

There’s a few reasons, that I can figure out, why I might be struggling with this ending bit, even though I’ve been mentally preparing myself for writing this book since halfway through the writing of Every Word.  I know exactly what the reasons are, because I had to get up in front of Simmone Howell’s RMIT YA creative writing class and talk about them (and hi to everyone from the course, this is your shout-out.  Also to Simmone, who is awesome).

The first reasons is that I’m a pantser – ie, I write by the seat of my pants, with no pre-organised plan for what’s happening or who’s going where or who’s doing what (except for the plan in my head).  I do scribble down a lot of notes, and I often go so far as to write a rough outline.  But I think I figured out some time in high school that me writing outlines is actually a kind of giant procrastination technique – see, look at my beautiful colour-coded outline!!  I wrote it on big sheets of cardboard and stuck it up on my wall to follow, and it took 3 WEEKS to write it all out, which is time I could probably have better spent WRITING THE ACTUAL BOOK, yes, I know, but see the pretty pretty??!  I actually almost never follow outlines that I write for myself, so I’m better off just ditching the outline, and writing what’s begging to be let out of my head.

But, coming back to the reason being a pantser makes it hard to finish things is…this means that I don’t know what’s going to happen next.  I swear to you right now, I do not know what will happen in the final two chapters of Every Move.  And I’m submitting next Wednesday.  I know - freaky, right?  Also – scary, because I have no idea how I will get it together between now and then (particularly scary for my editors, I imagine).  Also – holy crap, now I’m on deadline and I HAVE to think of something.  I don’t have time to mull, or muse, or wait for that bolt of inspiration from the blue, la lalalala.  I HAVE to think it up RIGHT NOW.  That is kind of stressful.  On the positive side, I'm hoping that If I can't see the way this is all going to end, then maybe when readers get it in their hot little hands, they will be kept on tenterhooks in the same way.

One of the other reasons I’m finding Every Move hard to finish is, there are lots of threads.  You know, in a book, there are plots, and subplots, and subsubplots, and characters with issues, and background happenings, and side characters that would very much like their story arc resolved now thank you.  Well, it turns out that by the end of a series you have a LOT of that stuff floating around. And you need to tie all the loose threads up (mostly).  That has taken me a while to get my head around, and also to figure out what all the threads are that actually need tying up, and then how to work them all in.

Another reason why I’m finding it hard is – I’m tired!  I’ve been writing the Every series for the better part of five years now.  It’s become my main (not my most lucrative, but my main) job, and I’ve been working a pretty punishing schedule of inside-12 months release dates for a while now.  Producing what I hope is good quality work at that rate is tiring.  Some days I do get word strain.  My brain gets overfried.

I want to make good words!  But it’s harder do that – avoid those adverbs, reject that cliché – when you’re tired.  Still, that’s what you’ve gotta do.  Especially in a series: you owe it to your readers, your characters and yourself to keep your language and ideas fresh, keep the characters interesting, and make sure the plots are fun and twisty and as original as you can make ‘em.

I’m also doing other jobs that are related to publication and promotion of the books, like communicating with my lovely new publisher in Canada, Tundra, about the release of Every Breath in September over in North America, and also editing one book intensively while writing another, and attending speaking engagements (hi, Tintern College students, I will see you again soon!), and doing interviews, and updating my blog (oh yes, that would be this!), and a bunch of other business-y type stuff that I had no idea was part of the professional life of being a writer.  At the time I signed on with my publisher, I thought I would hand over my manuscript (oh blessed holy manuscript!) and lo and behold, that was it.  Wrong wrong wrong.  There’s a lot of housekeeping involved in being a writer, I’m discovering.

Finally, there’s one last reason why writing this ending has been a hard slog.  And it’s very simple and obvious.  Halfway through the class, after I’d waxed lyrical to Simmone’s lovely students about most of the stuff I’ve just talked about, Simmone actually turned to me and said, ‘Wow, so this is gonna be it, yeah?  You’ll have to say goodbye to the characters.’

And it really hit me.  OH MY GOD, I’M SAYING GOODBYE TO MY CHARACTERS.  These people I’ve lived with, had adventures with, talked with in my head for five years…  My invisible playmates.  My imaginary friends, who I know almost as well as I know myself.  I mean, I can tell you how James Mycroft likes to drink his tea (strong, lots of condensed milk) and his favourite band (The Black Keys), and what Rachel has in her drawers (lots of denim, flannelette shirts, t-shirts, cut-offs, only two pairs of shoes – runners or boots, a windbreaker, tank tops, thermal shirts and leggings, various undies in white cotton and four bras – two are sports bras) and how Mike always has trouble getting his hair to stay down, and what their family house looks like, and…

Maybe that’s why I’m having so much trouble writing these last few chapters.  Because I love my characters.  And even though I will have a great sense of accomplishment after writing the end of the series, and will celebrate it with champagne, and throw up my arms and yell, because I’ll be able to y’know, have a holiday, and then start on something new which I’ve had on the mental back burner for ages (it’s begging me to let it out), I will still be sad.  I will be incredibly sad when I send off the final pages to the printers on this last book, because – oh, my babies!  I love Rachel and James, and I will miss them like crazy.  I will probably do strange things like obsessively re-read all the books in a row, just like a mother who goes back over all the old baby photos…  Oh boy.  Maybe I won’t do that. 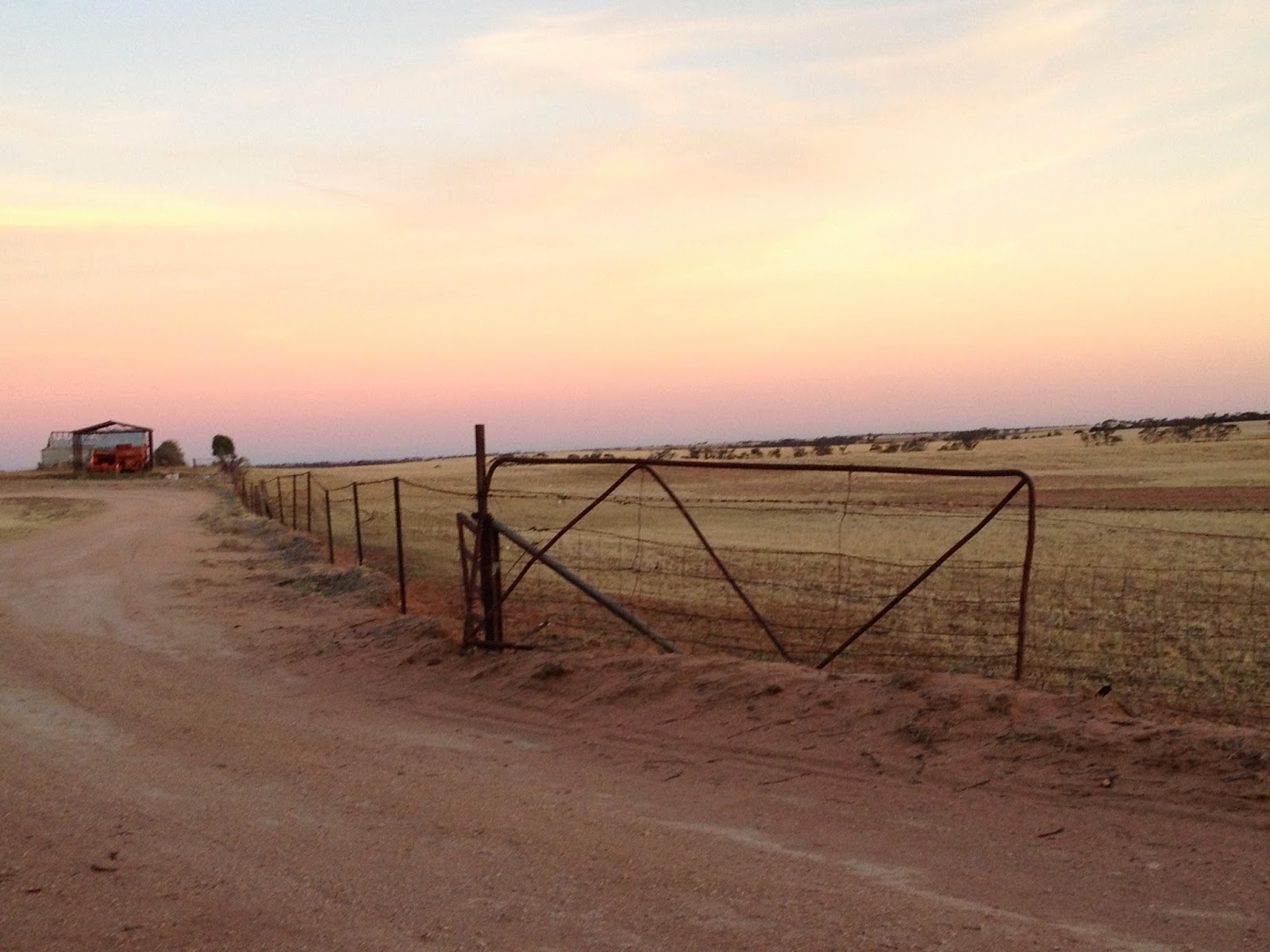 Anyway, it all comes down to this.  There’s beginnings and endings, and one book – Every Word – is about to have its beginning out there in the world, and I give it all the love and luck that’s in me. I can’t wait for people to read it, and I hope you all like it.   Another book – the final book, the last book - is about to come to an end.  Wish me luck with the writing, and I hope I do everybody justice.

PS: Before I start bawling into my beer, I should say that there'll be more frequent updates over the next few months, and I'm currently looking for more YA Crime-related guests to interview.  I've got a few people possibly-maybe lined up, but if you think of anyone you'd like to see quizzed here about the process of writing YA Crime - authors, experts, police, anybody - please give me a holler (ie, write me a comment, or tweet me @elliemarney)

And I'll be doing a residency at Tintern College all next month, plus I'm dropping in at Carey Grammar, but I'm also planning on popping into some bookstores to do signings and say hello, closer to Every Word's release, so keep your ears open for news.

And, the blog tour for Every Word will start at the end of May, so oh my goodness, it's all happening!  I really can't wait to share this book :)