It’s a special event here on the Crime Report, because today we have our first overseas visitor.  Please give a hearty welcome to English author of Dead Jealous, the incredible Sharon Jones! 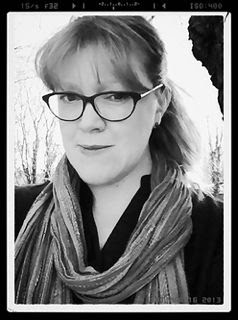 Sharon has kindly agreed to step up and sit in the hot seat, after we bumped into each other online. We’re still getting to know each other properly, so I’m delighted that she agreed to drop by and indulge in some (completely imaginary) tea and scones.

I know that Sharon has studied politics and theology.  I know she herds poodles.  And I know she has worked in bookshops – which I used to do! – where she discovered her other true love, YA fiction.  Sharon’s first book, Dead Jealous, came out in July this year, and it’s a ripper.

In Dead Jealous, sixteen-year-old Poppy Sinclair is a scientist and a skeptic, so she’s less than thrilled to be dragged along by her mum to a Neo-Pagan festival in the Lake District.  But when a girl is found dead, Poppy has to fight through a fog of morris dancers and tarot cards to prove what she feels in her gut to be true – that it was murder, not mysticism.   Meanwhile, Poppy’s finding it harder than ever to push down her feelings for her best friend, who’s dating someone else – and the hot older guy giving her the eye at the festival could provide just the distraction she needs…

I read Dead Jealous in one uninterrupted sitting – well, my family tried to interrupt, but I kept telling them to bugger off.  In other words, I loved it.   Now I have questions, ooh yes, so many questions!
I guess the first one would be: when can I get more of Poppy and Michael and the whole of book two, Dead Silent?  The teaser chapter at the end of Dead Jealous left me very keen for more, and I’m excited to see more YA murder mysteries hitting the shelves!

Maybe Sharon can give me some helpful clues…

Hey Sharon, how are things going over your side of the world? Thanks for agreeing to come visit J

Hi Ellie, thanks for having me over! It’s certainly warmer here than it is at home!

Now I’m not going to ask how it’s been, seeing your first book come out on shelves, because I’m pretty sure I know the answer (crazy, exciting, exhausting!).  What I’d like to ask is – when did you start self-identifying as a writer?

That would be the day my first book came out! Although I’d been writing quite seriously for about 6 years by then, I didn’t dare call myself a writer until the book came out, not even in my head. Writers were other people. I felt like I was just playing at it – a kid at the grown-ups table. I knew writing was my passion, but it felt wrong to call myself ‘a writer’. Still does, really!

I was also wondering if, like me, you still feel a bit like you’re refining your writing process.  Do you feel it’s different now that you know a bit more about publication, and now you’re writing a series?

Definitely! I’m more confident in getting things wrong in the first draft. And I don’t really put meat on the bones of the story until I know the structure is just about right. I find it so much harder to cut a scene that has descriptions that I like, or bits of character development I feel strongly about, but if the scene is really just a sketch of what I think should happen, I’m totally ruthless!  Luckily my editors seem to put up with me adding in lots of description and character development in the final draft.

I loved the idea of a Neo-Pagan festival as the setting for a murder mystery – can you tell us a bit about how the idea came about?

I’ve always been fascinated by religion as one of the building blocks of identity – one that most YA literature completely ignores. Yet when I was a teenager most of my friends had some kind of brush with one religion or another. For some it was part of what formed them, others reacted against it, particularly if it was the religion of their parents. But most people I knew had some kind of spirituality – even if that was humanism. So I was keen to write a character who genuinely struggled with spiritual questions.

Back when I was teaching, I ran a course on the development of neo-pagan religions – so I came to know quite a lot about the various strains of neo-paganism and it struck me that a pagan festival would be a really fun place to set a murder mystery. Remote… full of colourful characters… spooky goings on… And so the John Barleycorn Festival was born!

Do you have a ‘writing cave’ – a special place to call your own?  What do you take in with you while you’re working? (I know I’m rather fond of gallons of strong sweet tea…)

I’ve just moved so I’m still creating my new cave! The truth is, if I’m into what I’m writing I can write anywhere. If I’m feeling distracted I need a special place and routine. Like you, I drink quite a lot of tea! But I will decorate my writing cave with objects or pictures that I hope will inspire me.

People often ask where your ideas come from (I always find that a hard question to answer!), but I was wondering what you feel inspires you and your writing?

My biggest inspiration is myth and folklore – I love everything from ancient legends to urban legends – but quite a lot of the time it’s a place that will inspire me. I set Dead Jealous in the Lake District because I think it’s one of the most mysterious and evocative places I’ve ever visited. Dead Silent is set in Cambridge – a town full of ancient institutions and misty, winding alleyways.

If you had to choose a top five, for a desert island stay, which books would you choose?

Ugh!!! Only five?? So mean!! OK… umm…
The Wind in the Willows by Kenneth Grahame
One of the Wicked Lovely series by Melissa Marr (which one would depend on what mood I was in…)
The Clocks by Agatha Christie (although Miss Marple is my favourite detective, I love the plot of this Poirot story!)
The Magus of Hay by Phil Rickman (because I love the Merrily Watkins series and this one’s due to be published 7th Nov!)
The Signature of All Things by Elizabeth Gilbert (because I’m part way in and I want to finish it! She writes so beautifully...)

And speaking of desert islands, any plans for a visit to Australia sometime? (We could catch up over a cuppa!)  If not…do you have any idea when Dead Silent will be released in Australia? 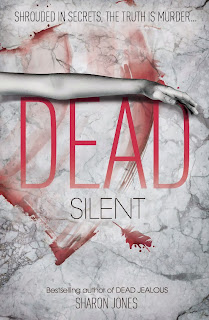 My brother lives in Sydney and I have a whole tribe of relatives around Melbourne so you never know!

Dead Silent is out 6th February.

Sharon, thanks for answering my kooky questions, drop by anytime!

Thanks so much for having me over!!!

If you’d like to look Sharon up, you can find her online at her website here, or on Twitter @PoodlePowered  - Dead Jealous is available in bookstores now.  I’ll be staking out my local bookstore for my copy of Dead Silent next Feb.

An now, a couple of updates:

* I’ll be at Dymocks Camberwell on Thursday night – 21 November – from 6-8pm for their pre-Christmas author event.  Loads of other authors will also be there, and we’ll be signing books and feeling chatty, so if you’re in the vicinity, feel free to drop by.

* Every Breath has been listed in the NZ Listener amongst their top YA picks for 2013, which is pretty thrilling! Thank you to Ann Packer for the shout-out :)

I’ve been rather blown away by all the good press Every Breath has been getting, and I’d like to say a hearty thank you again to everyone who’s read and enjoyed the book, and responded so positively.  Anna Ryan-Punch wrote a fantastic review in Viewpoint (books for Young Adults) through the University of Melbourne, which is available here by subscription.  And if you want to go check out Every Breath on the new Amazon Australia website, it’s up here.

And I was given a chance to recommend one of my favourite books, Life in Outer Space by Melissa Keil, over here on the Readings blog.  I love that book to the nth degree, and it was great to be able to give it a good rap.

That’s it for the news.  Meanwhile, life is good, spring seems to be coming on a little late, and I haven’t had hayfever so bad this year.  I’ve had time to plant tomatoes, and read, and I went down to Melbourne to see George RR Martin (Game of Thrones) and Michelle Fairley (Catelyn Stark) speak at a Wheeler Centre gig, which was pretty awesome. 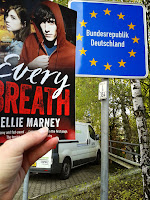 I also received a lovely email from a reader in Germany, who kindly sent me some photos of Every Breath’s travels abroad:  A big thank you to Carina! (if you can read the sign, you’ll notice the pic is actually on the border of Germany and the Netherlands – cool!)

Next post, I’ll be having a giveaway for Christmas, so if you’d like to put your name down for a copy of the book and some swag, drop on by.  Have a lovely week, and see you soon.