Welcome to 2015 and keeping the plates spinning

We had a lovely family camping trip over Christmas and New Year - I hope your end-of-year celebrations were peaceful and fun.  And I hope you got lots of books for Christmas!  I managed to get a copy of The Beekeeper’s Apprentice by Laurie R. King (if you’re a Sherlock aficionado like me, why haven’t you read it already? – Go, go read it right now), The Rosie Effect by Graeme Simsion (yay Graeme!), and Forensics by Val McDermid (great, but I think I need something with more specifics).

It’s been a sobering start to the year so far.  A lovely community friend died recently after a struggle against cancer (it’s always described as a struggle, or a battle or a war, but he really did fight so hard), which threw a great deal of perspective on life.  I’ve loved having this rest time, but it’s made me realise how ridiculously busy I was last year.

About three years ago I read a blog post by Becca Fitzpatrick (who is huge, and goes on book tours and stuff, so she has it way worse than me, obvs) about how she was trying really hard to figure out a better work/life balance, and I didn’t really get what she meant.  But by Christmas last year, I was exhausted – I finished a book (Every Word), wrote another (Every Move), started another (new standalone), and edited the first two for publication, as well as launching Every Word here in Australia and Every Breath in North America and the Philippines.  I also did speaking and teaching gigs at schools, went to festivals and launches, did all the other promotional stuff for the books (launching and already-released), and spent a lot of time on social media (which is fun, I admit – I’ve made a whole lot of new friends on Twitter, Facebook and Instagram *waves*).  I also parented, worked my other job, and helped manage a household of six.

I know I’ve got less on my plate than some other writer-people I know, but it was hard work (and I should say to everyone who missed out on email replies and stuff from me last year – my deepest apologies, I’ll try harder).  Somehow I still found time for my four boys and my partner - BUT I didn’t do lots of normal stuff.  I didn’t exercise, I didn’t watch TV, I didn’t garden.  And my partner carried the can a lot (beyond the call of duty, really) and I felt really guilty for not giving my sons more time.

This year, I’ve still got lots of stuff happening – Every Move is launching in March (omg!!! So close now!!!), and Every Word comes out overseas in September; I’m going to Somerset Festival in Queensland, and Reading Matters in Melbourne, and the Romance Writers of Australia conference (I might be teaching a workshop – will keep you posted!), and I’d love to be invited again to Melbourne Writer’s Festival; I’m going to finish my first post-Every-series book, and prep it for publication; and I’m hoping to visit more schools and libraries this year as well.  But I’m going to do my best to balance things out a bit more, and give my partner, especially, a bit more time.  He works very hard – not just at his teaching job, but at home around the property, and most importantly, giving so much time to our boys – and has been so amazing in helping me achieve my own dreams for the last few years, I feel like he deserves to have his own goals and dreams prioritised more this year.  Being a couple is a commitment to negotiation and communication, and finding a balance that works well for both of us and keeps us both content: I’d like to make sure the balance is better this year.

I’m still excited about what's coming up :)  For those of you who’ve asked if I could come to visit your school or library or book group – sure!  Just click on the link over there (*points right*) to my speaking agency, Booked Out, or click on my webpage link for my publishers’ contacts (*points right again*), and let them know when and where!  And for those lovely people who’ve asked if I’m ever coming to visit in North America – well, anything could happen!  I’m still very open to the idea if anyone wants to invite me :)

So what other stuff has been happening?   Well, I said we went camping, right?  Our annual family beach-camping trip was amazing.  I turned off my phone for TWO WHOLE WEEKS – heaven – and spent a lot of time lolling around on the beach in southern NSW.  I know lots of people don’t like camping – insects! dirt! pit toilets! – but I LOVE it.  Vikki Wakefield and I have decided that camping-loving chicks like ourselves are an endangered species, but I think more people should just give it a try. 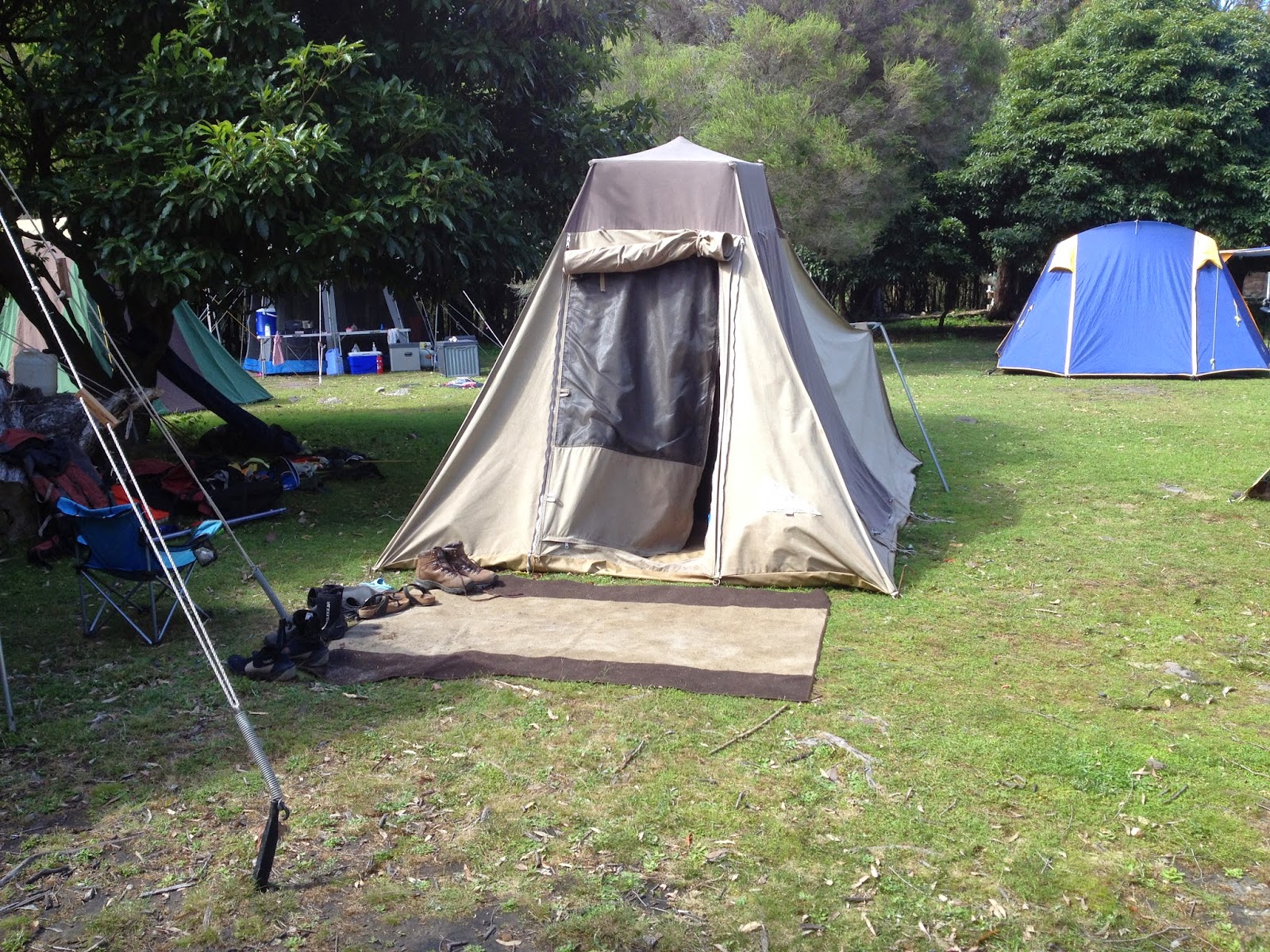 What else happened on this camping trip, you ask, apart from pit toilets, and lolling, and a delightful break from online shenanigans?  Well, in a nutshell: 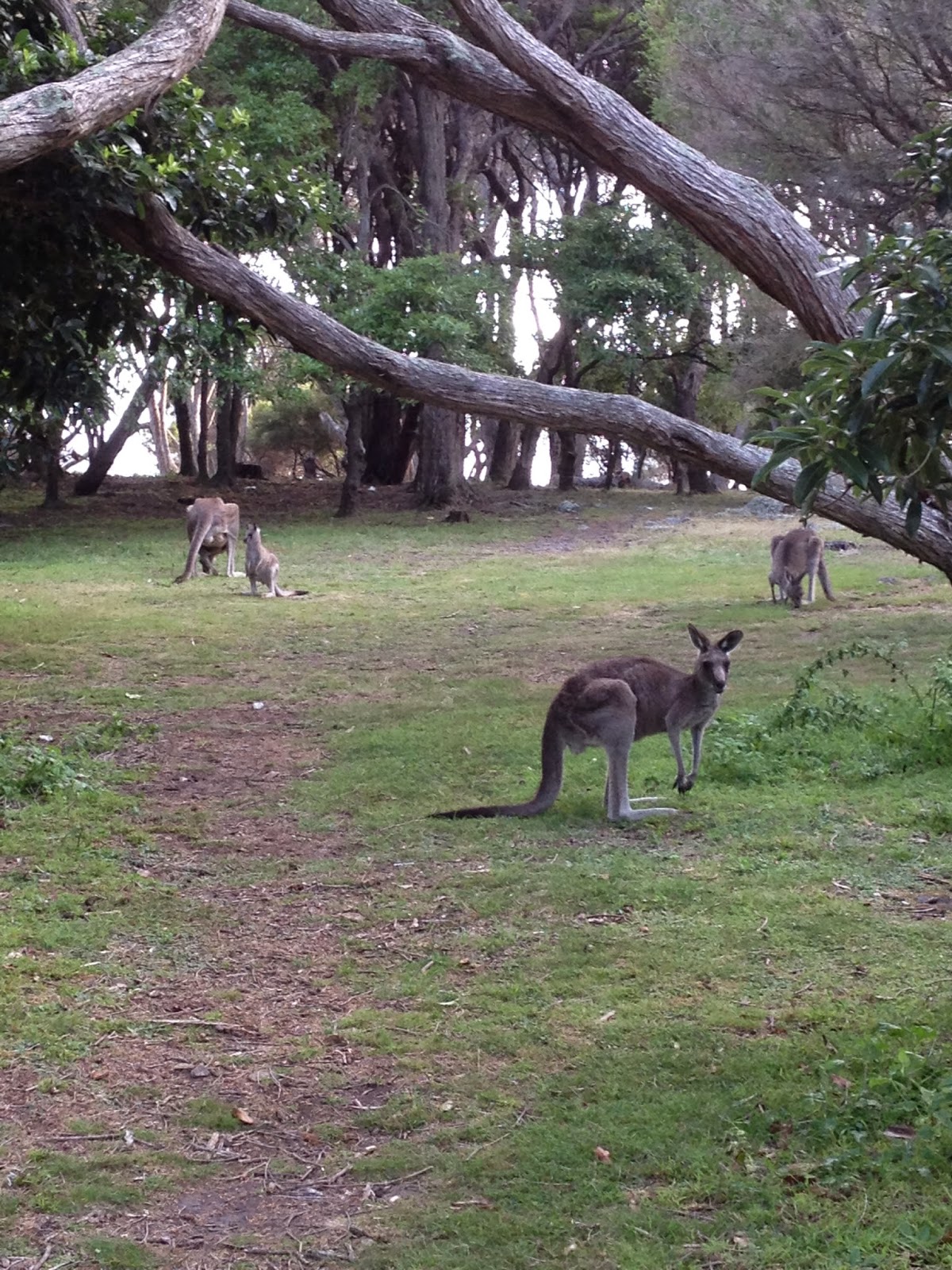 * We saw seals, dolphins, manta rays, goannas, wombats, lyrebirds, and the usual complement of kangaroos and wallabies, of course.  The wombats were the cutest.  The seals were incredible.  A goanna nearly bit me on the ankle – yeah, gotta watch out for those goannas.

* I jumped in the sea, every morning and every evening – LOVED it.  I was hoping to do a nudie swim on the last night, but when I got down to my swimming spot at sundown, there were about a dozen teenage boys fishing nearby, so yeah…no.

* I started to feel a bit sticky and salty by about Day6, and I always have about a million mosquito bites by then – that’s okay, I’m used to it.  I won’t post pics of the mozzie bites on my butt, because that would be gross and unnecessary.

* Peeing in the bushes FTW

* Apart from ticks, hair also got very salty and frizzy.  Nobody cares when you’re camping.  I was feeling very WildGirl for the whole trip – golden and swimming-lithe and fit – and then when I finally got back home and looked in the mirror, I realised I actually looked like a sunburnt, birds-nest-haired crazy person.  Oh well.

* I received a full-body wetsuit for my birthday, and it has CHANGED MY LIFE.  My god, I can snorkel!  I can swim in the ocean for hours without my extremities freezing off!  This is such a revelation! 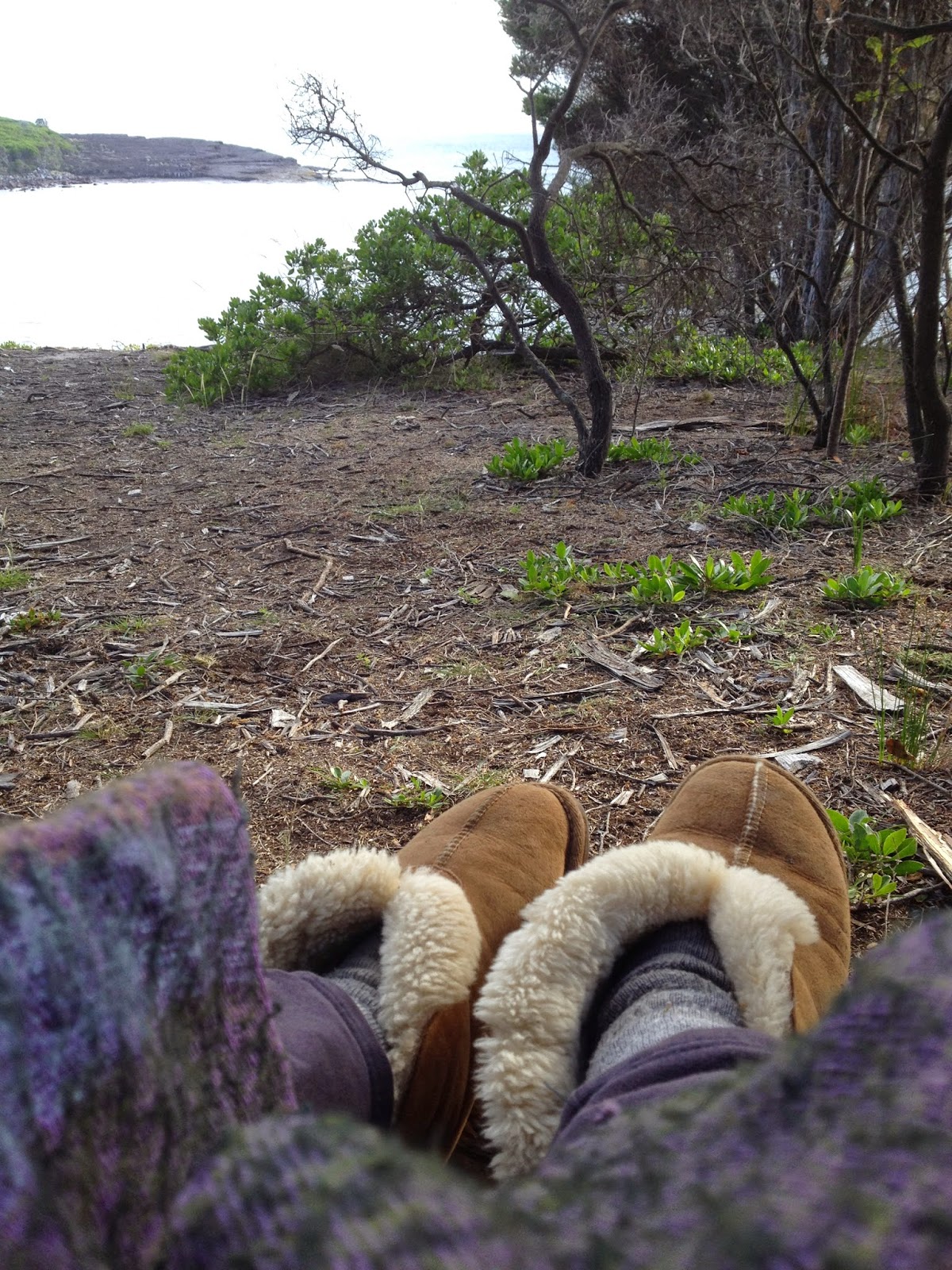 * I wrote every day (the pic at right was the view from my writing spot).  I wrote in little school exercise books, and added about 10,000 words to the manuscript that is slowly turning into (working title) No Limits.  It’s some of the most tension-filled, swoony, thrilling stuff I’ve ever written (I think) – this book is going to have all the feels.  I’m completely head over heels for my new leading man…who I’ll tell you about later.  Like, after March.

So that was camping.  Since I’ve come back home, I’ve kept up the exercise routine I tentatively began in December, watched the first season of The100 (and now totally get the obsession), spent a week in Melbourne working on No Limits (65,000 words and counting!) while my older boys were attending music summer school, and done plenty of lolling.  Now, I’m on fire for the New Year!  Bring it on!

And bring on the balance.  With a bit of luck – and a lot of negotiation and communication – I’m hoping my partner and I can keep all the plates spinning this year.

PS: Christmas Prize-pack Winners – I haven’t forgotten you!  I’m posting out the prizes for you all this week, so keep your eyes out for a parcel in the mail.  If you haven't sent me your contact addy - please do it now!

PPS: If you're at ALA Midwinter this year, remember to go grab an ARC of Every Word from the Tundra booth (4829)!
Posted by Unknown at 16:21