Yes, I know – this is the time of year we tend to go a little crazy.  School events, work events, family events, friends events…  All the Events.  In amongst this, I’ve been working with my amazing editors to prepare Every Move for publication.  And we’ve done it!!  I mailed back the final passes today.  There will be final-final passes, and other fiddly bits, but Sophie is putting all the changes and little corrections through now (Sophie – respect), in time to send it off to the printer.  Which means we’ll have a Real Live Book in our hands very early in the new year!

But today I wanted to say hi to crime writer friends, with the Meet My Character blog hop.  This tour was kicked off by the lovely Sandi Wallace, who launched Tell Me Why just recently.  I was invited to participate by Angela Savage, whose most recent book in the addictive Jane Keeney series is The Dying Beach.  Angela is a good friend, a righteous woman, and a great writer – she launched Every Word for me in June, and I was delighted to accept her invite for the blog hop, answering a few questions about Rachel Watts and Every Move. 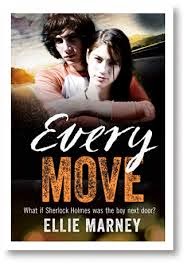 For the next stop on the blog hop, I’ve invited Nansi Kunze and Candice Fox to join us – they’ll be posting up their answers on their own blogs here and here by Thursday 18 December. 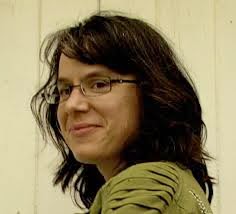 Nansi Kunze is a mate – I’ve interviewed her once already here on the blog.  Nansi grew up surrounded by books in Australia and the UK. After studying languages and ancient history at university, she spent several years teaching overseas-trained doctors how to pronounce rude words and teenagers how to mummify each other, while cultivating a taste for manga and video games in her spare time.  Kill the Music is her third novel, following on the success of her previous two, Mishaps and Dangerously Placed. Nansi lives on a small farm overlooking the Victorian Alps with her husband and son, and is currently hard at work on her next YA book (assuming that ‘hard at work' is synonymous with ‘researching glamorous locations on the internet').

Candice Fox is the middle child of a large, eccentric family from Sydney's western suburbs composed of half-, adopted and pseudo siblings. The daughter of a parole officer and an enthusiastic foster-carer, Candice was constantly in trouble for reading Anne Rice in church and scaring her friends with tales from Australia's wealth of true crime writers.  Bankstown born and bred, she failed to conform to military life in a brief stint as an officer in the Royal Australian Navy at age eighteen. At twenty, she turned her hand to academia, and taught high school through two undergraduate and two postgraduate degrees. Candice lectures in writing at the University of Notre Dame, Sydney, while undertaking a PhD in literary censorship and terrorism. Hades is her first novel – it won the Ned Kelly Award for best debut in 2014. Eden, its sequel, was published in December this year.

Now on with the blog questions!

1/ What is your character’s name?

2/ Is your character fictional or historical?

Definitely fictional – although she and I share a deep appreciation for flannie shirts and hot, intelligent men.

3/ When and where is your story set?

Every Move is contemporary – ie. set in the present day – and the characters travel from deepest darkest North Coburg to the Mallee area near Ouyen.  It’s the final book in the Every series; the first book, Every Breath, kicked off Rachel’s adventures in Melbourne, and the second book, Every Word, saw her travel overseas for the first time, to London, where she and her BF, Mycroft, investigated a murder and got into a whole lot of trouble.

4/ What should we know about Rachel?

Rachel grew up on an isolated sheep farm in the Mallee, and being raised a country girl has made her pretty physically tough and enduring.  She has a lot of practical skills – running a pump, driving a ute, shooting a rifle, climbing onto the roof to clean the gutters of dead possums…that sort of thing.  Her personal style runs to jeans, boots and t-shirts/flannies, and she generally ties her brown hair in a knot to keep it out of the way when she’s working.

She’s a fighter.  She’s also incredibly stubborn (what? Another character trait I share?  Certainly not - I’m not like that at all…) and her other defining personality quirk is that she’s fiercely loyal, and has a strong sense of family.

Rachel turned seventeen near the start of the first book, Every Breath.  Another important fact about her: she’s in love, with a certain dark-curly-haired, Sherlock-wannabe called James Mycroft.  Being involved with Mycroft has drawn Rachel into some hair-raising situations - murder, mystery and mayhem, not to mention the disapproval of her parents - but Rachel’s pragmatism and cool head in a crisis have generally seen her through.

5/ What are Rachel’s personal goals?

To keep her family together, and safe from Mycroft’s personal nemesis ‘Mr Wild’.  To recover from the trauma she endured in London – although she’s not sure how to do that.  To work out what’s going on with herself and Mycroft.  To discover who she really is and where she fits in. To pass her Year Twelve exams!

6/ What’s the name of the book, and can we read more about it?

Every Move is the title, and you certainly can!  It’s coming very soon.

7/ When is it published?

If you haven’t checked them out already, you can catch up with the previous books Every Breath and Every Word here.  Hope you enjoyed this stop on the blog hop, and please do go and check out the other wonderful authors at their stops!

Giveaway
Now – in the spirit of holiday cheer, I’ve decided to give some stuff away.  And here’s the stuff! 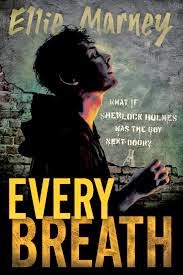 Prize 1 is the North American edition of Every Breath 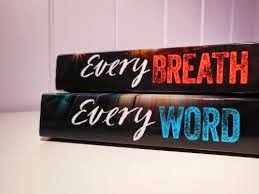 Prize 3 is a hot-off-the-press ARC of Every Word from Tundra (this prize only available to North American/Philippines readers).

If you’d like to win one of these prizes, please comment here on the blog, or on Facebook, @elliemarney on Twitter, or @elliemarney on Instagram.  Tell me what is your personal goal for 2015 (do you want to pass your Year Twelve exams, like Rachel?) and which prize pack you’d like to win.  My son will pick a name out of a hat I’ll choose a winner next week, and let people know before Christmas.  All prizes will be mailed out in January 2015.

That’s all from me for a while, folks.  We’re heading off on our annual family camping trip the day after Christmas, so I won’t be back online until January.  Many thanks for reading, and for keeping me company this year – it’s been a blast!  Lots of love and hopes that you all have a lovely Christmas and holiday season (may you receive many books!), and all the best for the New Year
See you in 2015!