So much of my life at the moment is dictated by seasonal variations.  It’s August here, in north-central Victoria, which means while we’re no longer in the dark heart of winter, we’re still longing for the nights to be shorter, the sun to shine more regularly, the frost not to bite so hard.  I’m still scraping ice off the windscreen of the car most mornings.  Life involves a bit more work – cutting wood, bringing in wood, keeping the fire going, getting wet clothes to dry inside, keeping the power up to the house by running the generator.  I’m just glad we don’t have to deal with shovelling snow.  Being off the grid always means you commit to doing that little bit extra to keep things going smoothly, and winter is make-work time.

It also means that I’m working outside in the dark mornings in the cold again, which isn’t traditionally all that great for my health.  Might have to see about investing in some heating for the shed next year, now I’m spending so much time here…

It’s also the busiest time of year to be a writer, in my state at least.  Melbourne Writers Festival is on, as well as Book Week, and these two celebrations of words and writing always coincide with other local and interstate festivals (Bendigo, Ballarat, Brisbane – all the B’s!) and book launches.  School visits are hot to trot at this time too.  In the most recent Vic Writers magazine, Kate Holden talks about how now is a time for writers to get out and enjoy the fruits of their labours – this is the season for celebrating, listening to other writers, enjoying the company of compadres, kicking up heels!  It’s a peek out of the writer’s cave, even for a little while.

It’s not a great time to be trying to write or edit, but I’m doing both!  Right now I’m smack bang in the middle of serious (as opposed to non-serious) edits and rewrites for Every Move.  The Book I Want to Write Next has taken a bit of a back seat, but I’ve been thinking and mulling over it heaps, and I’m hoping to get into the writing next month.  While I love editing (don’t laugh, it’s true!), I love the feeling of sinking into a story more, so I’m hanging out for the time I can put aside other things – even celebrations – and spend hours locked away, bringing new characters into the world.

But I said it’s a celebratory season – and I’ve got a lot to celebrate this year.  Every Word has flown the coop, and people have been writing to say they’re loving it, which makes me incredibly happy.  The books are set to be released in Canada, the US and the Philippines in Sept/October, and then in the UK in early 2015.  Reviews have started trickling in, and I’m excited to see how people overseas relate to Rachel and Mycroft’s Melbourne adventures. 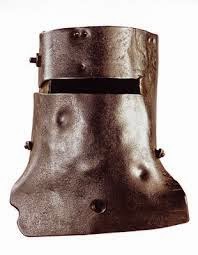 Every Breath is going great guns too – in fact, I’m in the wonderful position of having a book that is now listed for three major awards.  Every Breath has been longlisted for the Gold Inky, through the Centre for Youth Literature, which is a major honour as it’s an award judged by teenagers (ie, people who my work is actually aimed at!).  It’s also nominatedfor the Sisters in Crime Davitt Award, which is the national women crime writers’ award – I’m going to a dinner at the end of the month where I’ll meet up with awesome friends (I get to meet Rebecca James!  Finally – after we’ve tweeted silly stuff to each other for about a year) and hear the announcement.  Biggest of all is that Every Breath has beenshortlisted for the 2014 Ned Kelly Award for Best First Fiction – that is a big deal, and I am as shocked as anyone that I made the list!

Amazed and thrilled and gob-smacked – that’s how I feel right now.  To be honest, the field in all three awards is so very strong that I’ve got no expectations of going further in any of them, but it’s incredible to be listed!  Thankfully my family is used to me being a bit silly, so they’re not phased at all.  They’re very good at reminding me to stay focused on what’s happening right now (‘I want breakfast!’ – ‘Where’s my socks?’ – ‘He keeps stealing my Lego!’ etc), so I don’t get too carried away with nerves and excitement…  Okay, I’m a bit excited, but I’m still making scrambled eggs and bacon at 7.30am, y’know?  I still have to keep my head in the game – the Game of Life, yo – and I still have to keep working and writing.

But if you’re interested, here’s the links for all three awards, and also for the panels I’ll be on at both Melbourne Writers Festival and Adelaide Emerging Writers Festival over the next few weeks:

At MWF - with Lili Wilkinson: 'Plotting the Perfect Crime Novel'
At MWF - with Jen Storer: 'Changing Places'
At Emerging Writers Festival, Adelaide - with Adele Walsh: 'Why YA? Writing and Reading YA Fiction'

Finally, as I get back into the right frame of mind to start writing something new, I’m seeking out inspiration from all over the place – music, conversations, online news, other people’s writing, photos and images, television, delicious meals, interactions in the day-to-day.  I keep trying to remind myself that writing is about sliding down inside yourself to find the kernel of what Lee Kofman calls (in this wonderful article) emotional honesty that will ring true in the next sentence you write, the next character you develop, the next plot twist you explore the corners of.  It’s about that ‘Ah!’ moment - the moment that writers aspire to create, and readers latch onto as a moment of real authenticity – and it’s what I’m aiming for, or trying to aim for, in everything I write.  It’s also hard as hell, so I have to get my head on straight to do it!  So if you see me wandering around, acting a little vague between now and December…yeah, you get it!

Anyway, hope you’re going good, wherever you are reading this – dark of winter or summer’s end – and maybe I’ll see you at MWF, or in Adelaide, or somewhere else around the traps.  Have a good week, and if you’re in north-central Vic, stay warm!